What’s the difference between paella and arroz? I was always lead to believe that they were completely different dishes. Whenever I go to a restaurant, the menu reads paella however in someone’s home, they would always prepare what they called an arroz. One of the first arroz’s I tried was made with more stock and contained potatoes, so I was lead to believe that arroz was more of a soupy rice dish. I decided I needed to ask a Spaniard, leading me to my good friend Rafi, who had invited us around to his house last Saturday for lunch.

After speaking to Rafi’s mum, it turns out there is actually no difference between the two dishes although every family cooks there own version using different meats and fish. The one we had on Saturday was made over a traditional wood fire. She started by adding olive oil, five or six cloves of chopped garlic and then the raw chicken to the pre-heated paella dish.

Once the chicken had browned, half an onion and two green peppers were added to the mixture, followed by two minced tomatoes. 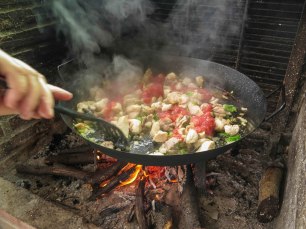 A orange colorant is dusted over the top, giving the paella it’s distinct yellow tone. Rafi’s mum then added a cup of short-grain rice and three cups of water. 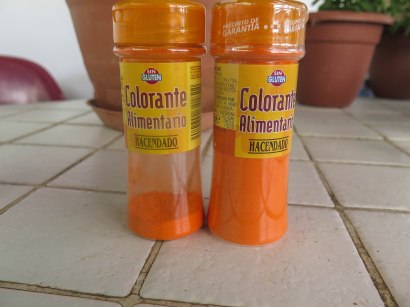 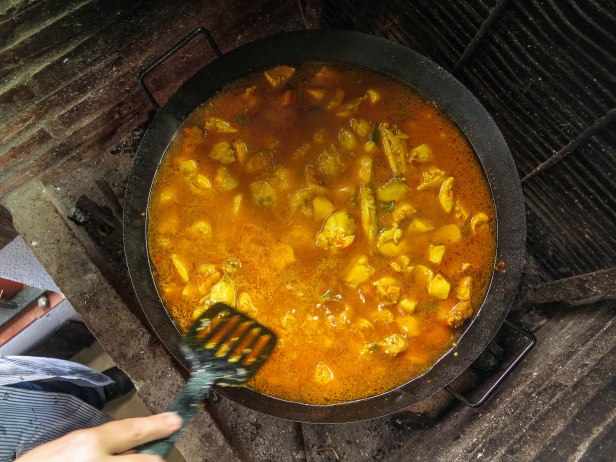 The mixture is left to cook for ten minutes and then taken of the heat so that the rice can absorb the remaining liquid. Serve with a wedge of lemon and some crusty bread, yum!

Thinking of living in inland Málaga? Pop in for a coffee!